The update should go live for the Amazon Kindle any time now. The Wildside Press editions, which include trade paperback and additional ebook markets, will be released by mid May.

Earlier, I posted the underlying artwork, done by Jorge Abalo Budczinski in a piece called "Off the Shore." The cover also features work by Kavin King, who not only did the graphic design but also the additions to the cover artwork.

Here's more artwork for a planned book cover update. This one is "Off the Shore" by Jorge Abalo Budczinski, for use with RECKONING INFINITY, which is set in a bio-engineered environment that's part machinery and part biological.

Here's more artwork for a planned book cover update. This one is "Cradle World" by Julian Aguilar Faylona, for use with REDSHIFT RENDEZVOUS.

Next up with the plan to update several book covers is "Outer Space" by Sina Pakzad Kasra for use with REUNION ON NEVEREND. Sina Pakzad Kasra is a concept artist and illustrator working with both traditional and digital media. Born in 1986, He graduated with a BA in Graphic Design (2009). In 2011 he continued his post-grad studies in Animation (MA). His studies gained him more expertise with the principles and elegant details of film making and animation.

This year, I plan to update several covers for books that have reverted to me after the traditional publishing contracts with Tor Books and Ace Books expired. The first artwork I've purchased is Time Displacement by Takumer Homma for use with DEEP QUARRY. Takumer is a freelance concept artist and a digital illustrator for games and film industry. He made a transition from automotive industry in 2012 and aims to inspire others. His site is here.

"Simon Sidekick" to be serialized by The Moon Society

My short story, "Simon Sidekick," first printed in the July 1984 Dragon Magazine, will be serialized in The Moon Society's monthly newsletter, The Moon Miners' Manifesto, starting with the February 2015 issue. "Simon Sidekick" is a YA coming-of-age story about a boy living in a lunar colony and who gets an AI companion. The artwork for the Dragon publication was done by Jerry Eaton. 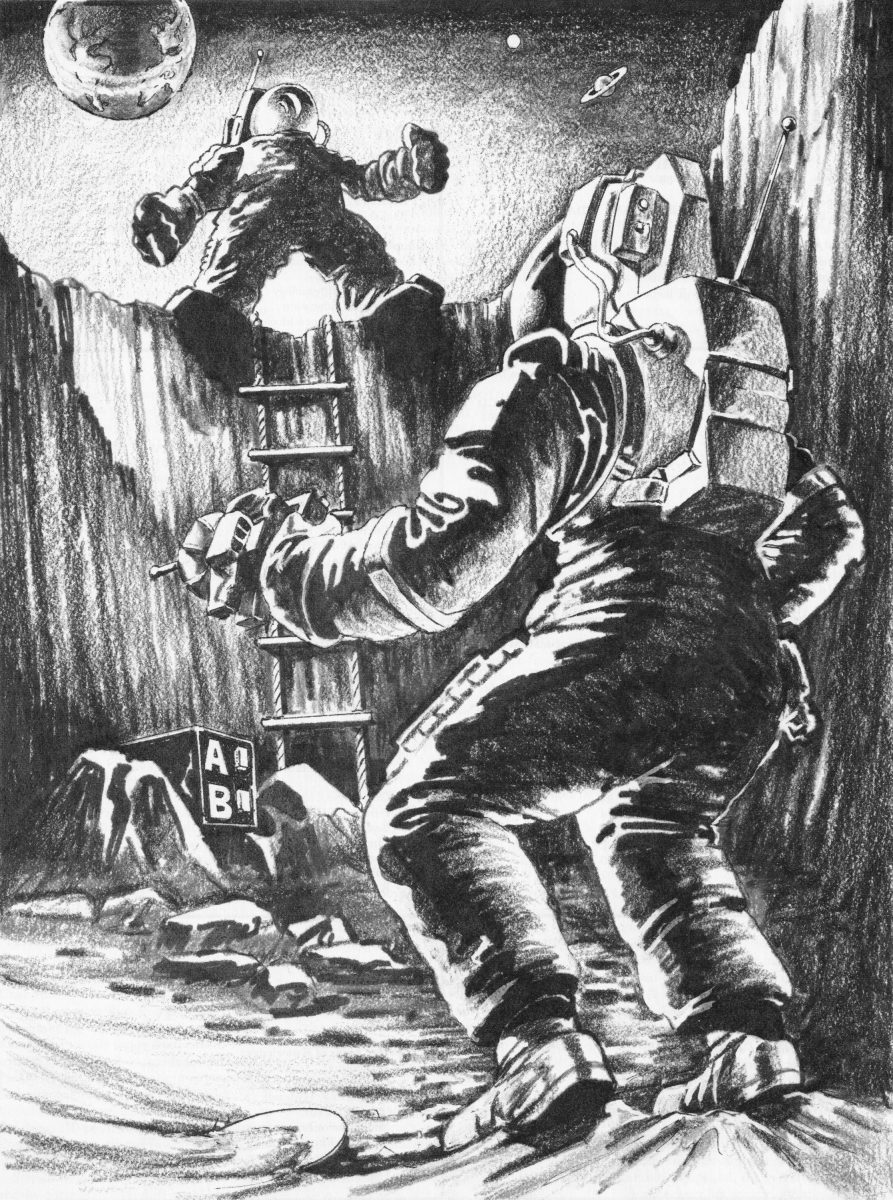 John E. Stith will be attending the COSine SF convention in Colorado Springs during the weekend of 23-25 January 2015.

He will be at these events:

Saturday 4pm panel: Back to the Moon (Moderator is Thea Hutcheson)

Sunday 11am panel: Robert Heinlein, The Man, the Myth, the Legend (Stith is the moderator)

Here's the current entry in the Encyclopedia of Science Fiction.

Here's the current entry in the Encyclopedia of Science Fiction, a handy reference for readers.

First Readers Sought. If you're interested in being a first reader for my latest novel, please email me during July or August. If you email me later than that, I'll put you on the list for the next novel.

The novel is a mystery thriller set in present-day Colorado.