See some highlights from this post in "Building Stories with Words" on Unleashing Readers.

Basic rules for formatting manuscripts and how to avoid the most common mistakes.

Why worry about providing a professional manuscript? Competition and wanting to be published. Enough people submit novels that provide both an interesting story and a professional manuscript that there's little incentive for publishers to look to writers who haven't yet worked hard enough to provide both components. Seeing small errors in early pages of a manuscript makes it easy to put down the manuscript and see if the next one in the stack is ready for prime time. The most basic homework includes knowing fundamental formatting and avoiding the most frequent wordsmithing errors. In other words, if you were learning writing from a book with sections ordered from easy to hard, grammar and spelling would be in chapter one, while plot, character, and setting would be somewhere later on in the book.  Don't give an editor the first impression that you're still working on the chapter-one fundamentals. 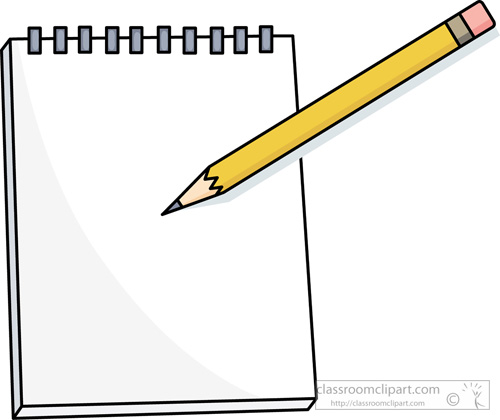 Currently there's still a fair amount of inertia in the publishing business.  In the past. a number of publishers still wanted hardcopy manuscripts and they paid people to re-keyboard them, and asked you to help spot errors introduced in this process. Fortunately this practice is fading. Inertia is the reason for some of these guidelines.

Generally, a manuscript page resembles a typeset book page in several ways.  There is equal spacing (double-spacing in manuscript) between every line and the next. (The exception is a scene break, shown as a centered # in manuscript, and shown many ways, including a blank line, in typeset material.)  Each new paragraph is indented typically one tab setting or five blanks.

Use a fixed-pitch font like Courier, not a variable-pitch font like Arial or Times Roman.  It should be 12-point (which works out to 10-pitch).  Point is the height of the characters; pitch is the horizontal spacing. This requirement is evolving in the era of word processors, but for the moment it still works and no editor will complain.

Do not right-justify the margins; leave the manuscript ragged right.

Words to be emphasized are shown with underlining.  (The typesetter will convert this to italics.)  Don't use italics in your manuscript even though your word processor is capable of it.  Emphasis is typically not indicated with ALL CAPS.  Don't use the comic-book style of multiple exclamation points.  (Use ! or ? or whatever's applicable; avoid ?!, ??, !!, and variations.)

Page one typically includes your name and address in the upper left.  In the upper right, put "Approximately X words" where X is your word count rounded to the nearest thousand or hundred or ten, depending on how long the manuscript is.   Contrary to what Writer's Market says, don't write what rights you're wanting to sell; generally this is understood, and no rights are conveyed until you sign a contract.

Your title goes about half-way down page one, centered, and followed by "by (your name)."  This is an indication that you are not using a pen name.  (Using a pen name should be avoided if you possibly can.)

Each page after page one should include a header, ideally consisting of your last name, a key word from the title, and the page number.  They should all be in the upper right, or they should be spread across the line so the page number is in the upper right.   The position of the page number allows a flip through the manuscript to reveal pages numbers.  The extra information is in case the manuscript gets dropped at the same time another manuscript is dropped.  Page numbers are sequential, not restarting at 1 for each new chapter. Include incidental pages such as chapter separators if you use them.

Use a one-inch margin all the way around.  Use only one side of the paper.   Do not staple.

Put "End" or "The End" at the end. Make it easy for the editor to know all the pages are there. This is particularly helpful if you like to write ambiguous endings.

Don't hyphenate at the end of a line.  Use a hard hyphen or other method of forcing hyphenated phrases to be kept on the same line.  Otherwise, a typesetter is left having to decide if the hyphenated word or phrase requires a hyphen, or if it was used here just because of the line break.

Try very hard to avoid dialect. Show different speech patterns and word choices in ways that are easier on the reader.

Manuscript format is the most trivial and easily learned aspect of writing.   Spelling and grammar are the next most easily learned aspects of writing.  To re-emphasize: if you send out a manuscript with errors in these easy areas, the editor gets the subliminal message that the writer is not yet far along enough on the learning curve to be dealing with issues like creating sympathetic characters, inventing an engaging story, and the other skills that are significantly harder than learning the difference between "it's" and "its" and the difference between "lie" and "lay."

As long as you're learning the easy stuff, look up a word the first time you use it whenever you have the slightest doubt about it.  Here are some of the errors I see most frequently in manuscripts from beginning writers.
"Aggravate" means to make worse, not to irritate.
"All right" is preferred over "alright."
"Alot" isn't correct when you mean to say, "A lot of the..."
"Anxious" isn't the same as "eager."
"Awhile" means "for a while."  "For awhile" means "for for a while."
"Definitely" contains no "a."
"Farther" is for distance; "further" is for metaphorical use or to mean "additionally,"
"Grey" is the British spelling; "gray" is the U.S. version. Ditto for theatre (British) and theater (US). Use all US spellings for the US market and all British spellings for the British market. Arbitrarily mixing them makes you look inexperienced or pretentious.
Watch out for misusing "hopefully." "Hopefully the tree will survive" is wrong unless the tree truly is hopeful.
"It's" means "it is." "Its" is possessive.
Look up "lie" and "lay" if all country western songs sound grammatically correct to you.
Try to "spin on your heel" before you write it in a sentence. Some expressions live on through inertia rather than accuracy.
If you're tempted to write "close proximity" look up the meaning of "proximity."
"Return back" is redundant. Use "return" or "go back" but don't try to get them both into the sentence.

Almost always, starting a sentence with "so" is superfluous.

Be careful with gerund phrases, e.g. "Dialing the phone, I broke a nail."   Unless you add a qualifier such as "before" or "after," "while" is implied  at the start of the gerund phrase. (While dialing the phone, I broke a nail.")  If you mentally put in the "while" you'll probably find it harder to mistakenly complete the sentence with an action that does not happen concurrently.  To belabor the point: "Dialing the phone, I asked the store what time they opened," is wrong because the events are sequential, not concurrent. For sequential actions put an "after" at the beginning.

Here's a good example from Dan Brown's ANGELS & DEMONS.  "After parking the cart on the wide lawn directly behind St. Peter’s Basilica, the guard escorted Langdon and Vittoria up a stone escarpment to a marble plaza off the back of the basilica." (He uses the old-fashioned--most would say sexist--technique of last name for male and first name for female, but the gerund usage is correct. A less careful writer would have skipped the "after.") Why permanent magnets weren't at least considered and rejected for the antimatter housing is another question, but the book was so good I was willing to forgive.

Use "said" ninety percent of the time, or more, for dialogue (or omit speech tags); using your thesaurus for substitutes just calls attention to the substitute. Write dialogue clear enough that you don't have to resort to writing things like: "You always get the good ones," she said enviously. Don't use a substitute that doesn't actually mean "say."

Be consistent with singular and plural.  "He" is singular, as is "she."  "Their" is plural.  Some new writers try to avoid sexist writing merely by substituting "their" for "his" for instance, and some new writers just don't understand the issue. (Some publications let this sloppiness sneak by, but it still offends careful writers.) With no more effort, any sentence can be written gender-neutral without introducing grammatical errors.  Example:
OLD: A writer should express his own opinions.
WRONG: A writer should express their own opinions.
NEW: Writers should express their own opinions.

Avoid overworked and cliche stories.  One example is the "and then I woke up" story, which leaves the reader feeling cheated because the reader understands consciously or subconsciously that all the story was simply a lie. It's the equivalent of saying to someone, "I was just in a horrible car wreck.  Just kidding." Despite the fact that this old technique is still new to some film and TV viewers (e.g. Jacob's Ladder) a significant percentage of readers will resent the overt manipulation, and will respond with a feeling akin to the chagrin of realizing they've been scared by a rubber snake.

Another cliche to avoid: the "Adam and Eve story" where your two characters turn out at the end to be--you guessed it.

Strange Horizons has a much more thorough list of overused story ideas. Many overused stories come from writers who don't read much or don't read enough of the genre they are writing.

I see some novels written in present tense, or second person.  Should I do that?

I don't recommend it.  Currently the majority of novels available to the reader are past tense, with a mix of first person and third person points of view.  When you discard that familiarity, you put a potential hurdle in the path of the reader.  If you are a very good writer, you will probably be able to make the reader forget about it and just be absorbed in the story. For most writers, though, it's adding one more potential reason to put your book down and pick up another, no matter how great it is. Aside from making some readers more conscious of text over story, there's a risk of the Subliminal Valley Girl Vibe when the reader hears things akin to "So she are I are in the store, right? And I go, 'No way,' and she goes, 'Way' ..."

Do I read present-tense novels. Yes, but I'm quicker to find fault for any other reason because it takes me a while to get past the present tense. As Orson Scott Card says in CHARACTERS & VIEWPOINT, "Choose the simplest, clearest, least noticeable technique that will still accomplish what the story requires."

I see a number of self-published writers recommending to others that they get out as many books as possible. I would recommend writers get only their very best books out. The bookshelves already contain a multitude of good books. I think what readers want is quality not quantity. At least that's what this reader wants. Don't burn your potential readership forever by being too impatient.

If you must go the self-publishing route, you'll need to beware of some traps a publisher would help you avoid. For instance, don't publish a book riddled with grammatical errors. Paying customers should not be beta readers. And don't make the marketing mistake of ending the first book with a cliffhanger in hopes of hooking people to buy more, unless you disclose this up front. When you treat your readers with contempt many of them will not be back.

This page of tips is provided by John E. Stith, the Nebula-Award-nominated science-fiction writer, author of novels such as REDSHIFT RENDEZVOUS and MANHATTAN TRANSFER.