The writer John E. Stith lives in Colorado Springs, Colorado, USA. He was born in Boulder, Colorado and spent most of his pre-college years in Alamogordo, New Mexico. His father, George, worked at the White Sands Missile Range on such projects as the rocket sled. His mother, Virginia, taught piano for much of her life. His brother, Richard W. Stith, was born in Concord, Massachusetts, and soon after that the family moved back to Boulder, then to Alamogordo.

His father's work moved the family to Sunspot, New Mexico, home of the National Solar Observatory/Sacramento Peak, for John's third grade. The family returned to Alamogordo, until his eighth grade was spent in Tucson, Arizona, while his father worked at Kitt Peak National Observatory. They moved back to Alamogordo, where John played on the varsity tennis team and graduated from Alamogordo High School in 1965 (the eighth school he attended).

During the summer Science-Math Institute for High School Students (physics and programming) at St. Cloud State College in St. Cloud, Minnesota, John was the editor of the class paper, but several more years would pass before the urge to write, strengthened by years of loving to read, was too compelling to ignore.

He received a B.A. in physics at the University of Minnesota in Minneapolis in 1969. That same year he married Nancy West (1947-2020). During service as an Air Force officer, which put him in the NORAD Cheyenne Mountain Complex near Colorado Springs, and took him to the Ballistic Missile Early Warning System (BMEWS) site at Clear AFS, Alaska for a year, he held such titles as Space Object Identification Analyst and Orbital Analyst. During this time he enrolled in the Writer's Digest Short Story Writing Class, but dropped out before completing the correspondence course. In 1972 he entered private industry at NASA's Goddard Space Flight Center in Maryland as a Mission Operations Controller for the Orbiting Astronomical Observatory. During the next several years, he spent about one day per year writing and a couple of weeks per year daydreaming about being a writer and not doing it.

In 1973 he returned to Colorado Springs, and his work included several software engineering and management positions with System Development Corporation, Wyle Laboratories, Aeronutronic Ford (which evolved from Ford Aerospace into LORAL, then into Lockheed Martin), and Kaman Sciences (now part of ITT Industries). In 1977 he began writing nonfiction, using a home-built MITS 6800 computer, and in 1978 he began writing fiction regularly, soon adopting the habit of writing an hour before work and during his lunch hour. His first published short story was in 1979.

He married for the second time in 1981, to Annette Chamness (1947-2010). In the 80's Annette Stith co-founded Book Sleuth, the mystery bookstore, and Red Herring Productions, the mystery entertainment troupe. In the 00's she was Director of the Friends of the Pikes Peak Library for six years. She was also a long-time practitioner at Center for Spiritual Living.

Stith married Karen Flitton in 2012. Karen has been active in the AFS exchange program, the Palmer Land Trust, PFLAG (Parents and Friends of Lesbians and Gays), and the Bear Creek Community Garden.

REUNION ON NEVEREND (Tor Books, 1994),  was reprinted in paperback in April 1995. His latest novel, RECKONING INFINITY, was an April 1997 release from Tor Books and an August 1997 release from the Science Fiction Book Club. It was an August 1998 paperback from Tor Books. MANHATTAN TRANSFER was released in electronic book form from Peanut Press, the premiere ebook publisher, in 2000, where it rose to be their number one bestseller. The electronic versions of REDSHIFT RENDEZVOUS and DEEP QUARRY also hit the number one spot at Peanut Press. Most of his other works have been republished by Peanut Press. In addition, most of his novels were republished by The Wildside Press in trade paperback in 2001.

His most recent novel is PUSHBACK, a mystery-suspense work published in November 2018. He is at work on a large, new SF novel.

His work has appeared in publications such as Amazing Stories, Analog, Dragon, Fantastic Stories, Nature, and Story; has been selected for book club publication; and has been translated into French, German, Italian, Japanese, Portuguese, and Russian.  He appeared on a live nationwide PBS broadcast on science fiction Science-Fiction Science-Fact (SF2), and his work has sold to film and television. His work is also available in  Braille and audio.

Stith's work varies a bit, but often his books combine strong and intelligent male and female characters, suspense/mystery, humor, and big science-fiction ideas. Much of his work is categorized as "hard SF," meaning it's thoroughly researched and significant effort is made to play fair with the rules of science. On a line drawn from space opera (essentially westerns set in space) to ultra-hard SF such as Robert Forward's, some of Stith's work is close to the hard SF end, but nearer writers like Larry Niven and the ENDER'S GAME portion of Orson Scott Card's spectrum. 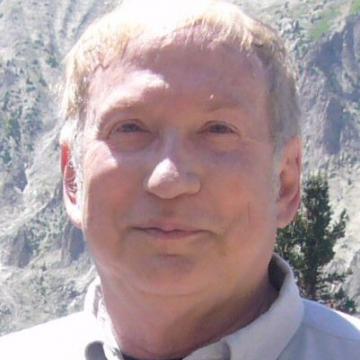 Click here for a short bio/bibliography for use by convention and conference organizers.